Language is an important aspect of our life. It is used as a communication tool among humans. Hence, human needs to learn it. Talking about language, certainly, it has a correlation with pragmatics. Pragmatics itself is one of the studies about language. Pragmatic learned about contextual meaning. Surely, it needs to be learned. Pragmatics itself has nine categories. However, the category that most reflects the relationship between language and its context is deixis. According to Levinson, deixis has five types, they are person deixis, place deixis, time deixis, discourse deixis, and social deixis. The purpose of this research is to know what kinds of deixis in this short story entitled The Night Come Slowly written by Kate Chopin. This research uses a descriptive qualitative method in analyzing the deixis in this short story. The steps are collecting the data, finding the deixis, and make it in the list, and then identifying and classifying the deixis into five types of deixis and the last is analyzing the deixis. The result shows that in this short story not all deixis is used. The discourse deixis is not used in this story. The most deixis used by the writer is person deixis with the frequency 27 (65,86%).

Dewi, S.E.P., (n.d.). Deixis analysis in “The Child in the Grave” written by Hans Christian Andersen.

Kusumawardani. T. (2016). The analysis of deixis found in Hansel and Gretel: Witch Hunters Movie and its application to teach writing at the tenth grade of senior high school. 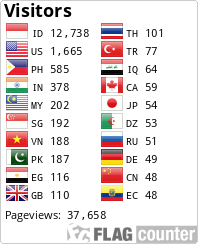